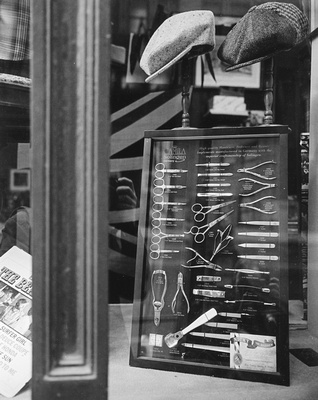 Whenever I go to San Francisco I am aware of the importance of fashion and grooming and how different it is there compared to country laid back style of Spokane.  I saw this window and photographed it almost in homage to the great photographs by Eugene Atget.  I was surprised in the darkroom to realize that there was also a Beach Boys album cover in the shot which tied together my LA roots with this very European looking window.

Later that afternoon I spied this man standing in front of a bank in the financial district.  I made the photograph and then struck up a conversation with him.  It turns out he was a security agent for the bank.  I was impressed with how stylish he was and how beautiful the light was that separated his dark suit coat from the shadow of the entry way behind him. 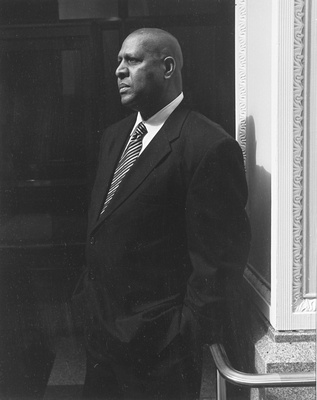