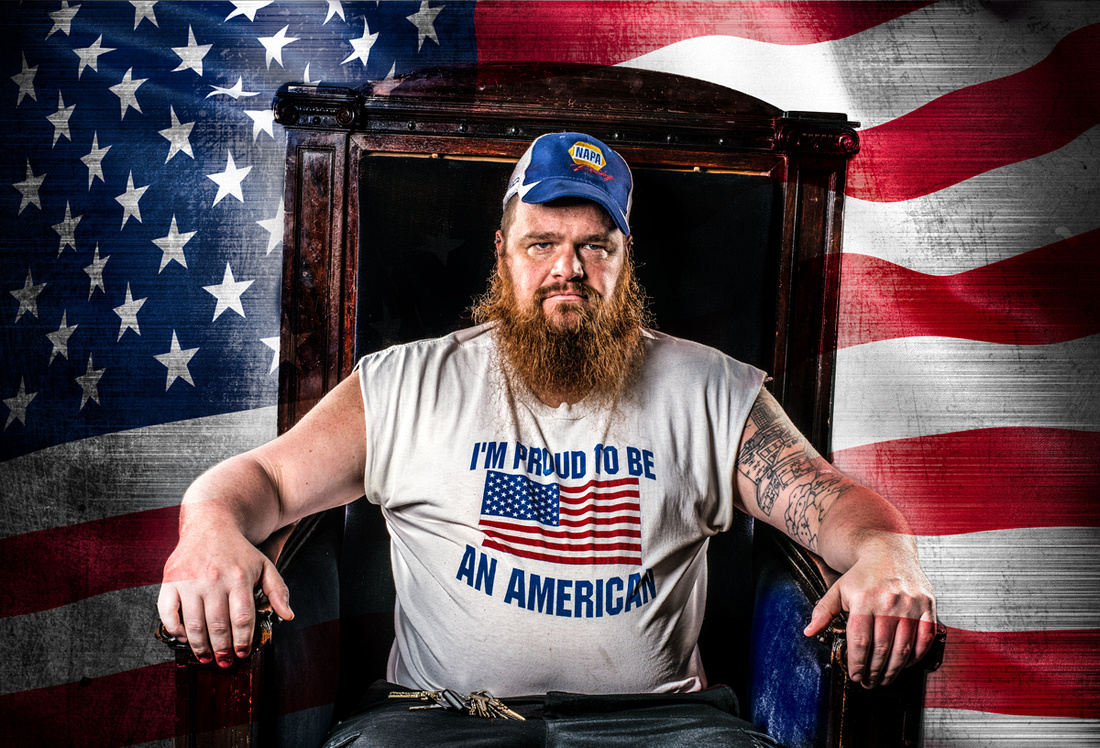 I made this digital composite this morning from a photo shoot I did with Collin Mastheller who is a dear friend and colleague who works in video production.  Collin is a a hard worker who keeps his opinions to himself at work but dresses in a very provocative manner on an almost daily basis.  I actually don't know his political viewpoints because he doesn't participate in debate or argument about such things and yet he dresses on a daily basis in a manner that most would label as a "conservative red neck."  I know Collin to be a funny and loving family man and a calm person under pressure when working on a project with me.  Everyone loves Collin because of his extremely laid back mannerism.  It's just his clothing that is loud!

I asked him if I could make a photograph of him for an illustration about the stereotypes of conservative America and Trump supporters and he agreed.  On the afternoon of the photoshoot we had a good laugh over the fact that four people had asked him if he was wearing a costume or if this was his actual clothing.  It wasn't a costume.  I saw him wearing the same outfit at his work just yesterday!

For me this image is not only a reflection of our times in American Politics, but because I know this person, it is a reminder that these are our friends and neighbors as well.  Politics has become so polarized that it is easy to choose sides and stop speaking to one another.  I think my efforts to make this image is related to my efforts to explore ways in which we can start a conversation.