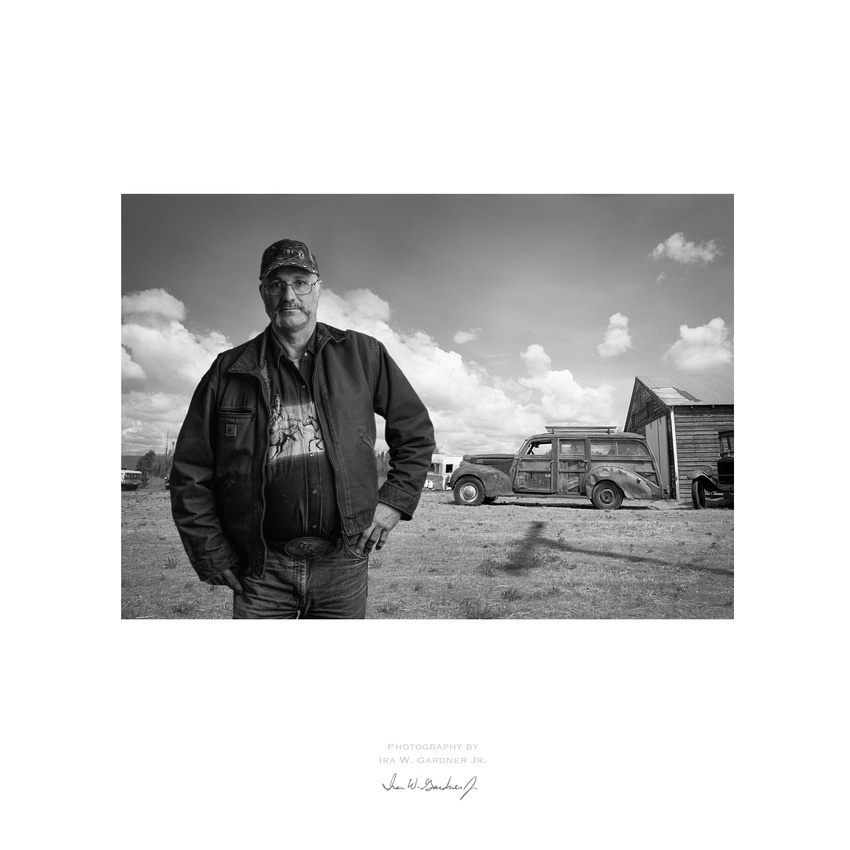 One of my favorite people I have gotten to know the last year and a half is Tom.  He is a cowboy and an artist.  When I saw him appear in the studio I had to make this photo of him and combine it with one of my favorite black and white darkroom images.  The background image is of a woody station wagon out in Sprague Washington.  I've been told by three reputable sources that this beautiful old relic was once owned by Ansel Adams!  Anyway, I've been teaching some composite techniques and decided to blend this image that reminded me of John Steinbeck's Grapes of Wrath novel.  I shot the original image with a 6x6 square format camera on Kodak Tri-X and the portrait on my Nikon d610.  I had to make the square image stretch into a horizontal so I could show Tom and the woody in the same frame.  I think of this series of composites as being similar to creating cinematography.  Each image has a character and a background and you are left to fill in the blanks for the plot.