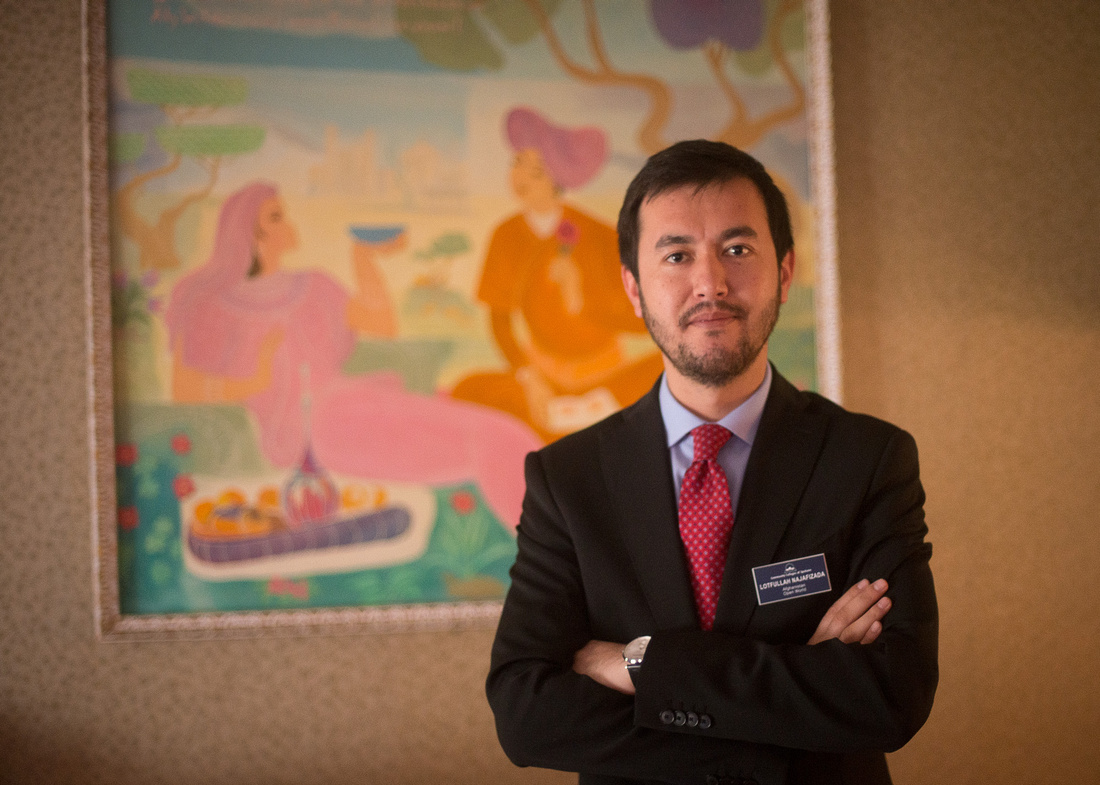 Lotfullah Najafizada photographed in front of painting done by my grandfather after returning from India after WWII.

I had the privilege of hosting Lotfullah Najafizada in our home for four days this week as part of the Open World Leadership Program that is organized by congress to invite "rising leaders of emerging countries to the importance of legislative functions in creating and sustaining democracies. "  Lotfullah was part of a delegation of 5 Rumsfeld Fellows that visited Spokane Washington October 22nd - 26th, 2016.

I was deeply impressed and inspired by Lotfullah.  At only 28 he is the managing editor for the largest 24 hour news television network in Afghanistan which makes him a target as well as person of great political influence.  During his stay we found so much common ground and through his perspectives I gained a profound appreciation for the life I have.

I made this portrait of him standing in front of a painting by my Grandfather that was inspired by his time stationed in India during WWII.  The painting itself depicts a poetic moment from the Rubaiyat of Omar Khayyám.  I think I was trying to depict the beauty that I feel exists when we have an intersection of culture and open our hearts to one another. 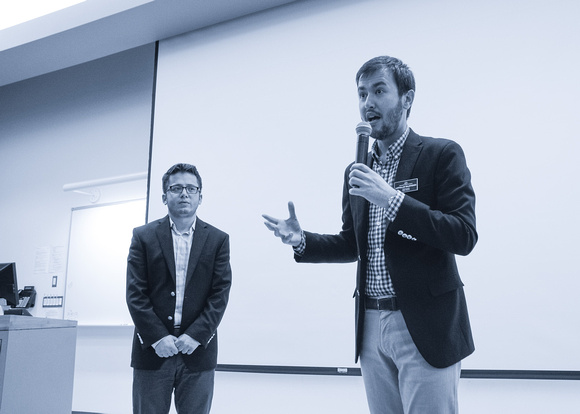 Lotfullah Najafizada (right) and Zafar Hashemi (left) gives a presentation about Afghanistan at Spokane Falls Community College Wednesday, October 25th, 2016.  Mr. Hashemi is a deputy spokesperson for the President of Afghanistan and Mr. Najafizada is a journalist and managing editor for TOLO News, the largest 24 hour news network in the region. 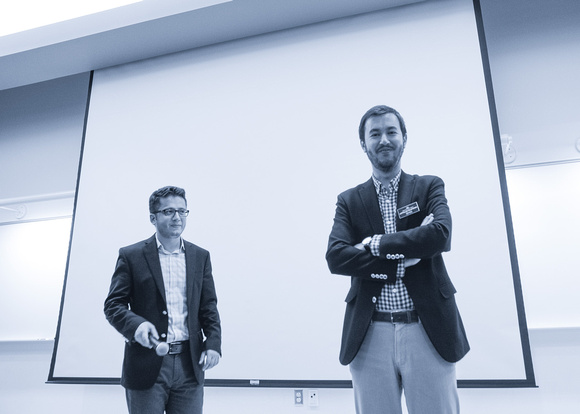 Zafar Hashemi and Lotfulla Najafizada are part of a youthful generation that is rebuilding Afghanistan.  According to the United States Institute of Peace "half are under eighteen. According to the Afghan Central Statistics Organization, in 2014 almost 47 percent of the country's 27.1 million people were under fifteen and 37 percent between fifteen and thirty-nine. Combined, 84 percent were under forty." 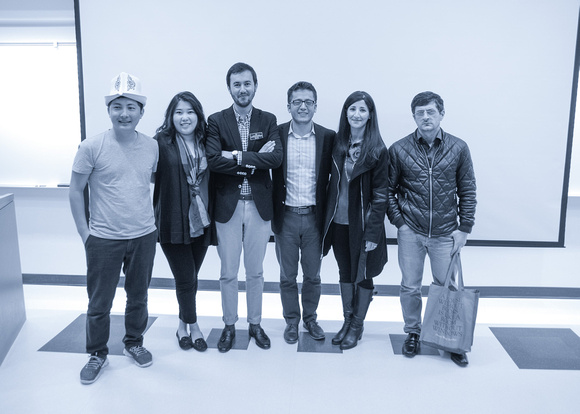